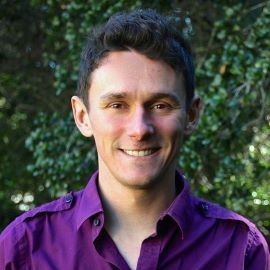 The global record of greenhouse gas measurements is growing rapidly with the launch of several new satellites and an expansion of ground-based monitoring. This new era of big data is set to transform scientific understanding of greenhouse gas emissions, but the volume of new data creates numerous computational challenges for inverse or emissions models that were originally designed for a small number of ground-based observing stations. The beginning of the talk will focus on new, transformative statistical and mathematical approaches to understand emissions using massive satellite datasets. Then, we will apply these techniques to three different case studies in greenhouse gas emissions. The first case study will focus on carbon dioxide sources and sinks estimated using NASA's OCO-2 satellite. Using this data, we find that most existing biogeochemical models underestimate the seasonal amplitude of the global carbon cycle, and we argue that the impacts of climate change on this aspect of the carbon cycle may be larger than previously believed. The second part of the talk focuses on methane emissions from China, the world's largest emitter of anthropogenic greenhouse gases. We specifically use satellite observations to evaluate the success of China's methane emissions policies. Lastly, we will discuss an often-overlooked greenhouse gas called sulfuryl fluoride, which has surprising and unexpected implications for greenhouse gas emissions targets within the US. 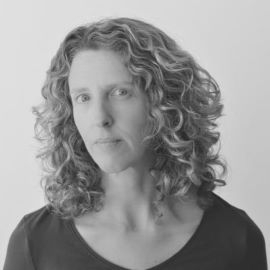 What Are We Mining Now

Pulitzer Prize-winning New York Times reporter, Dionne Searcey, discusses the mining of minerals such as cobalt and lithium, which are deemed essential to move away from a fossil fuel economy. Yet the mining of these minerals creates its own forms of environmental destruction. As with ancient gemstones, the people doing the mining are sometimes placed in grave danger, often without choice.

This program is held in conjunction with the Carlos Museum's exhibition Making an Impression: The Art and Craft of Ancient Engraved Gemstones and co-sponsored by Emory Climate Talks.

This event will be offered in a hybrid format - we invite you to attend in person (Ackerman Hall in the Carlos Museum on Emory's campus) OR you may register to attend virtually. If you choose to attend via webinar, please register using the link below. 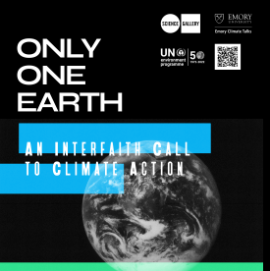 Only One Earth: An Interfaith Call to Climate Action

Faith communities play a crucial role in the work for ecological justice. On October 16th 2022, civil and environmental rights leader, the Rev. Dr. Gerald Durley will deliver a keynote address about the intersections between faith, climate, and justice at Science Gallery Atlanta. Rev. Durley is the chair of the National Interfaith Power and Light board and the former Pastor of the historic Providence Missionary Baptist Church of Atlanta, where he served for nearly 25 years. In 2011, Rev. Durley was inducted into the International Civil Rights Walk of Fame for his contributions during the civil rights movement in the 1960s. Rev. Durley’s address will be followed by a panel discussion composed of local interfaith leaders and scientists from Emory University, who will respond to Rev. Durley and explore how concerned citizens of faith can mobilize their communities to address the environmental realities and policies requiring our action in the state of Georgia. 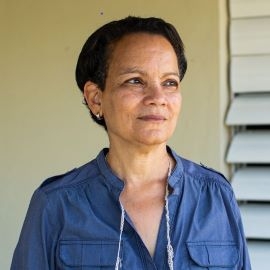 Ruth Santiago is a resident of the municipality of Salinas in southeastern Puerto Rico where she has worked with community and environmental groups, fisher’s associations and other organizations for over thirty years on projects ranging from a community newspaper, children’s services, a community school, ecotourism projects to rooftop solar energy pilot projects.

Ruth has been involved in the establishment of broad alliances to prevent water pollution from landfills, power plant emissions and discharges and coal combustion residual waste. She is part of a civil society initiative to promote community-based solar projects and energy democracy called We Want Sun (queremossolpr.com). In addition to litigation in courts and administrative agencies, Ruth has co-organized environmental education projects, advised the Jobos Bay National Estuarine Research Reserve on watershed protection and land use issues. 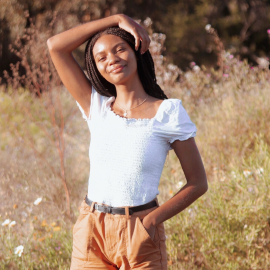 Leah Thomas is an eco-communicator, aka an environmentalist with a love for writing + creativity, based in Ventura, CA. She’s passionate about advocating for and exploring the relationship between social justice and environmentalism. You could say she’s tryna make the world a little more equal for everyone and a little nicer to our home planet.

She is the founder of eco-lifestyle blog @greengirlleah and The Intersectional Environmentalist Platform, which is a resource + media hub that aims to advocate for environmental justice + inclusivity within environmental education + movements.

Her articles on this topic have appeared in Vogue, Elle, The Good Trade, and Youth to the People and she has been featured in Harper’s Bazaar, W Magazine, Domino, GOOP and numerous podcasts. She has a B.S. in Environmental Science and Policy from Chapman University and worked for the National Park Service and Patagonia headquarters before pursuing environmentalism full time.

Learn more about Leah and her mission in this BuzzFeed video. 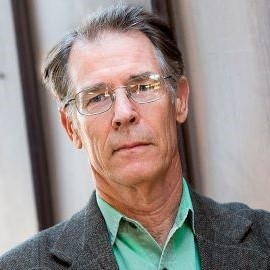 The Ministry for the Future

Kim Stanley Robinson is a New York Times bestselling author and winner of the Hugo, Nebula, and Locus awards. He is the author of more than twenty books, including the bestselling Mars trilogy and the critically acclaimed Forty Signs of Rain, The Years of Rice and Salt, and 2312. In 2008, he was named a “Hero of the Environment” by Time magazine, and he works with the Sierra Nevada Research Institute. He lives in Davis, California.

"The Ministry for the Future is a masterpiece of the imagination, using fictional eyewitness accounts to tell the story of how climate change will affect us all. Its setting is not a desolate, postapocalyptic world, but a future that is almost upon us. Chosen by Barack Obama as one of his favorite books of the year, this is an extraordinary novel from visionary science fiction writer Kim Stanley Robinson will change the way you think about the climate crisis."